On behalf of Ashton Place, we’d like to acknowledge and thank our resident veterans and veterans all over the world for their service to our country.  America must never forget your sacrifices.

Did You Know That These Celebrities Also Served Our Country? 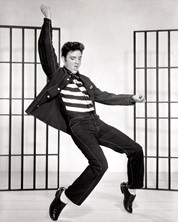 Clint Eastwood – drafted into the Army for the Korean war

Elvis Presley – served in the United States Army between March 1958 and March 1960.

Humphrey Bogart-enlisted in the U.S. Navy. He was wounded during his service in World War I.

Mr. T – enlisted in the Army in the 1970s, serving in the Military Police Corps

Bea Arthur of The Golden Girls –  served in the Marine Corps. as a truck driver.  She was one of the first members of the Women’s Reserve.

Johnny Carson -enlisted in the U.S. Navy at the start of WWII

For more information about Ashton Place Senior Living Community check out our website and Facebook page:  Ashtonplaceny.com  and https://www.facebook.com/AshtonPlaceSeniorLiving

Digital or in-person, see if Ashton Place is right for you

Read the latest blogs from the staff at Ashton Place.

Have a question or need some help? We're here for you.

Get our free guide, "Caring for Aging Loved Ones Made Easier".